What was your profession when you started coming to Gila Rut? And now?
I had multiple jobs. I was a Weight Watchers leader (where I met Carol, Keri’s mother and co-owner of Gila Rut). I worked at the School of Creative & Performing Arts, and I was the production stage manager for Starlight Musical Theatre. Currently, I am the production stage manager of Menopause The Musical at Harrah’s in Las Vegas.

How has Gila Rut impacted your life or style?
Gila Rut’s impact on my life is clear when you look at the products in my bathroom and shower. I am a devoted Aveda client, and I thank Keri for that introduction. 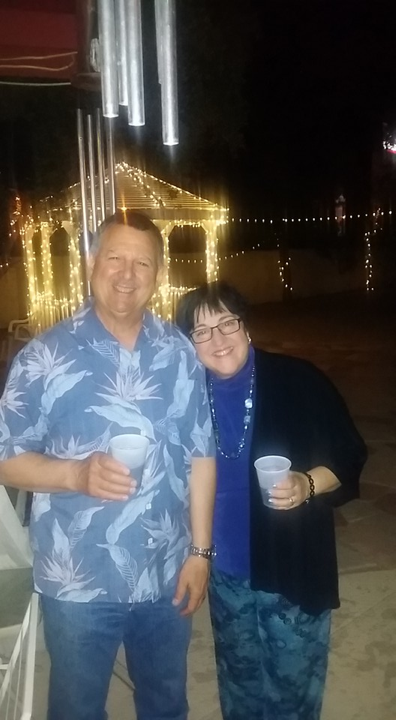 What is your favorite part about coming to Gila Rut?
Probably the rituals and the friendly, family atmosphere.

Do you have a memorable story from past years?
Perhaps the fact that even after I moved out of San Diego, I would plan my trips back home to include an appointment at Gila Rut. Sometimes a trip back to San Diego would be because of Gila Rut, and with other trips, it would just coincide.

Do you have any photos to share (before GR/Now)?
My hair was long when I began going to Keri, and it became shorter as she wanted to try new things. I always put my trust in her artistic vision.

How would you sum up Gila Rut celebrating 25 years in business?
Gila Rut is a great example of change in the industry… The salon is always a step ahead. It’s hard to fathom that it’s been a quarter century. Gila Rut is a place to share with anyone who cares about themselves. The complimentary facial is always the icing on the cake of a trip to Gila Rut!