The fall season at Gila Rut Aveda Salons has never been so busy … so successful … or so hauntingly beautiful!  It’s hard to know where to start – but let’s just say that great things often happen in three’s.

San Diego CityBeat announced today that the Gila Rut Aveda Salons have been voted “The #1 Salon in San Diego”, a result of its ‘Best of San Diego 2014’ readers’ choice poll.  Included in this prestigious honor are all three of the Gila Rut salon locations in Uptown District Hillcrest, Otay Ranch Town Center and Torrey Hills Center. This annual poll nominates the best local places, people and activities in San Diego County.  The celebration culminates in “A Night at the Besties”, held this year at the Reuben H. Fleet Science Center in Balboa Park.  Editor’s Note:  Gila … Read More 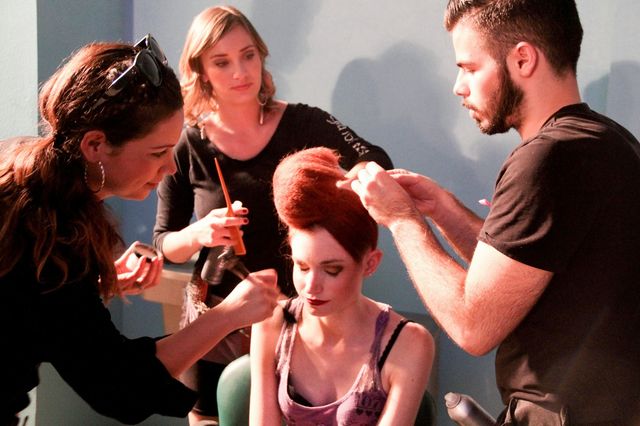 Were you among the thousands of San Diegans who attended Fashion Week San Diego (FWSD)?

If so, you saw our city’s extraordinary design talent come to life on the runway for hair, make-up, nails, accessories and…oh yes, those amazing clothes from 26 designer collections!

The whole multi-faceted event was just as much about celebrating the creative spirit of San Diego as it was about what the models were wearing.  Part of that spirit were the many local sponsors who stepped up to support Fashion Week San Diego … among them, the Gila Rut Aveda Salons.

Get your Gila Rut On – Straight From The Runway!

The 10-member strong Gila Rut design team proudly participated in many of the collections, doing what they do best.  During FWSD, it … Read More